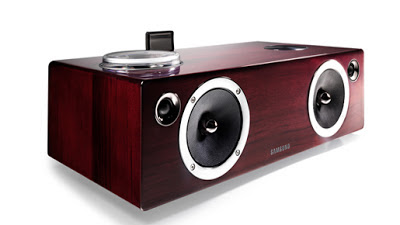 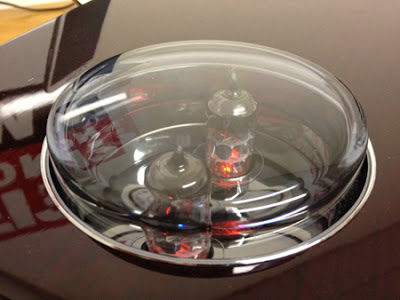 Samsung has been running for Digital amplifier since they started the company named with Samsung, and now they announced that they will launched its new premium wire less Audio with Dock that incorporates its vacuum tubes amplifier technology, offering warm and natural harmonious sound quality.

The first of its kind, Samsung makes history with the worlds new dual-docking system compatible for both Samsung GALAXY devices  and Apple iOS via docking and wireless connection. The DA-E750 makes a new age of using Digital and Analogue audio technology. Now more and more people would know that the old technology is no longer classified inferior to the digital technology.

DA-E750  is a new digital amplifier coupled with a vacuum tubes amplified, it would reduces unnecessary harsh sound distortion with its 2.1 channel woven glass fibre speaker and built in 100 Watts subwoofer would push you to the new quality audio experience for music. In HK, the suggested price is HKD$7,990.

PS
Luxman was the early supplier to put two vacuum tubes into their hybrid integrated FET integrated amplifier LV-103 back to 1984. 1985, LUXMAN Hybrid Tube Integrated Amplifier LV-105 employs two 6CG7 at the Preamp stage, at that time it was sold Yen119,000.00
HK Snob 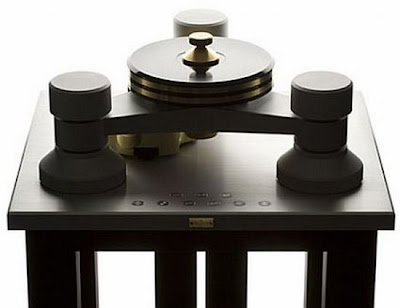 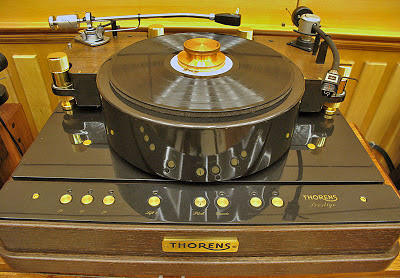 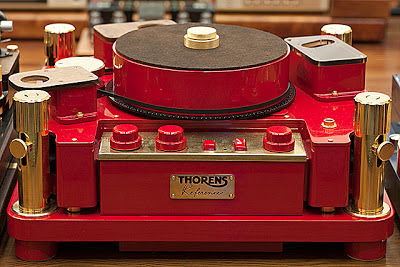 Goldmund Ref II Table is $300,000.00
This Goldmund turntable is without doubt every music enthusiasts' including HK Snob’s dream gadget.. The Reference II turntable features a degree of refinement and a number of never-seen-before features. The turntable features a 20kg platter machined to a hundredth of a millimeter, a motor vibration-shielded by 15kg of brass, and teflon-insulated signal-caring electronics. Other specs include cog-free motor with lowest electrical and mechanical noise, liquid-nitrogen-rectified belt, touch controls integrated in the tabletop specially designed new Goldmund T8 straight-line tone arm with total weight of 7 kg. Limited editions of 25 units are sold on sub but only the super-rich will be able to buy it as the price tag of US$300,000. Goldmund produces a maximum of 5 units per year. There are only about 25 on the planet so far. This is somewhat similar design of Thorens Reference or Thorens Prestige, but Thorens price is more friendly though both are from Switerland.Thorenz nowadays produce mid-low end turn table only. whereas Thorens produced one of the best turntables from 60-80s, The famous TD-124 for example, and these Reference series turntables!
HK Snob
Posted by HK Snob at 9:15 AM No comments: 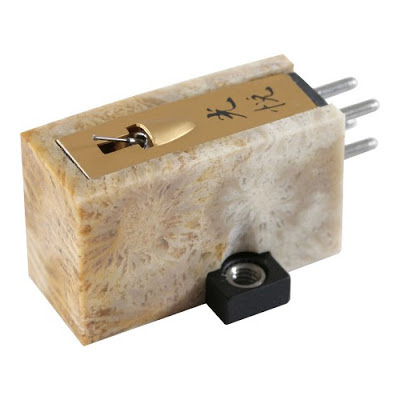 The Koetsu Coralstone Platinum Mono has a platinum magnet system, silver-plated copper wiring, and a proprietary stylus shape. It combined "sensational" image specificity and three-dimensionality, even in mono, with "an uncanny physicality and weight" across the entire frequency spectrum. MF: "There's no excuse for the price, except the sound. So get over it."
This is just a cartridge, who would like to buy with US$15,000.00? My last Cartridge was Clearaudio Golden Finger VC2 Diamond, US$10,000.00.
Now I am using Ortofon Jubilee, sound is not that precise and Dynamic as the Gold finger, but it is a very adaptive cartridge produces clear sound for various type of music. A very duable general puspose Cartridge consider the price. My Jubilee was just about US$1,300.00
HK Snob
Posted by HK Snob at 8:03 AM No comments: 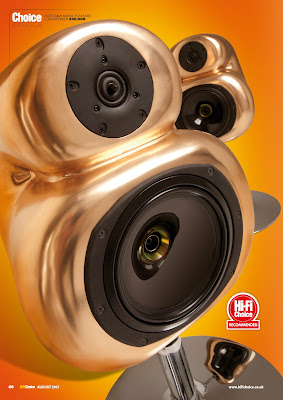 See below for review

Well, does it mean Gold would surely having better quality of music reproduction, will some kind of cheaper material may have better or equal music reproduction!? Well, one thing is for sure. It is likely world most expensive small loudspeaker.

A Set up of Garrard 401 Turntable, SME 3019 and Koetus Rosewood cartridge 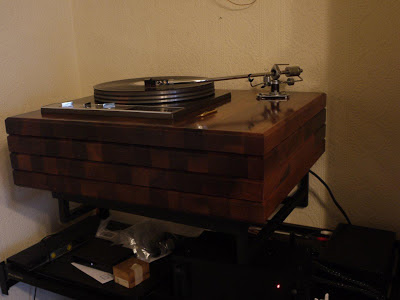 This is friend in UK, Fred who made this Turntable case out from one piece of solid Walnut wood, the SME3012 Tone arm, Koetsu Rosewood Signature II MC Cartridge. I can see that the sound should be nice with a lot of more to hear from this turntable, The Plinth weighs 33Kgs and it is made of 4 layers of 40mm thick solid walnut.
HK Snob
Posted by HK Snob at 6:43 AM No comments: 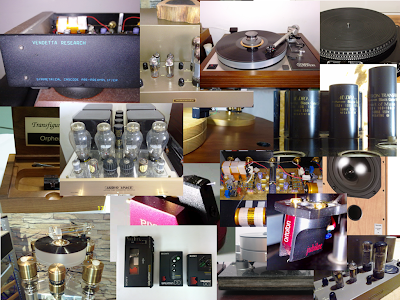 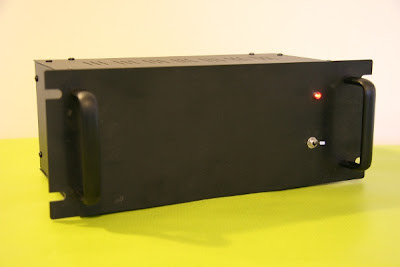 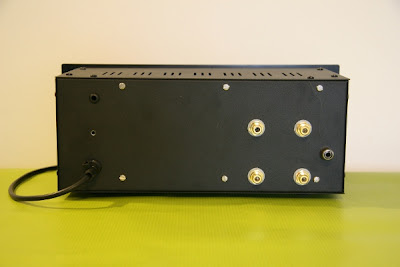 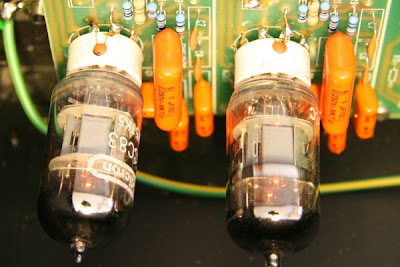 This is an UK hand Made Phono Unit. “33.3”
Right price, right design with simple is best concept, isolated power supply. Limited edition gramophone / pick up preamplifier. The '33.3 Limited Edition' Limited to just 33 examples, this Moving Magnet phono stage has been designed for the absolute best sound quality per £. It is designed and built in Lancashire, and boasts some sound enhancing features. Obviously all valve (2x ECC83 double triode Class A operation). Each channel is assembled on it's own individual board, mono construction if you like. The shortest signal path possible, with no need for internal wire or connections, maximizing low level detail and lowering distortion. A separate power supply is included, minimizing hum field and power supply induced noise. All components are high tolerance and very carefully selected. All are hand made, and all are subject to 100 hour burn in and test. The design was to make longevity and low noise a priority over absolute gain. Unlike some of our competitors, the sound quality of the '33.3' will not deteriorate with age. The circuit uses active RIAA equalization, again using the highest tolerance matched components throughout.

· Hand Made in Lancashire

I will try and test it and will publish a Review on it… It may be another upgrade for my Anthem Phono. Price is Super only 500 pounds including shipment to HK! Why not as Britian has definitely a better taste music audition and tuning on the system than those low cost China made ShanZhai maker!
Call me if you want one.. I can forward you the contact, it is limited to 33 uinits only... sold out Soon!
HK Snob
Posted by HK Snob at 2:10 AM No comments: 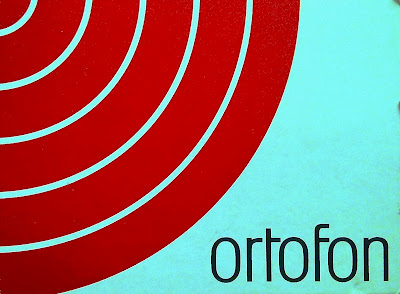 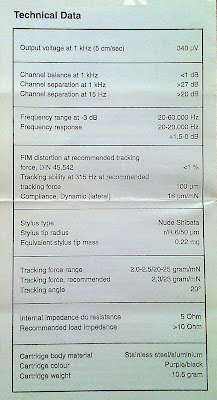 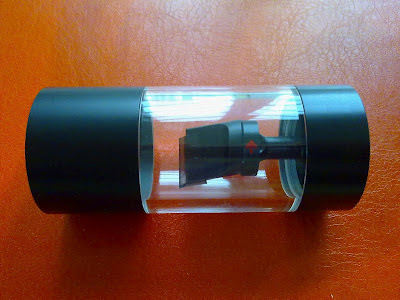 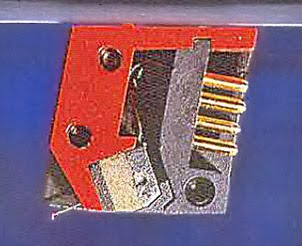 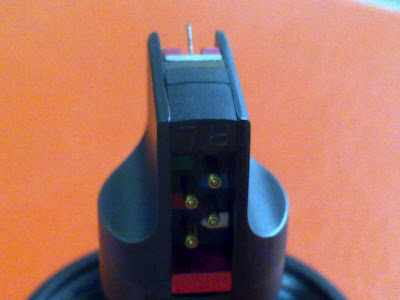 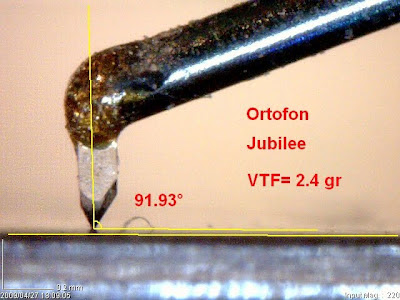 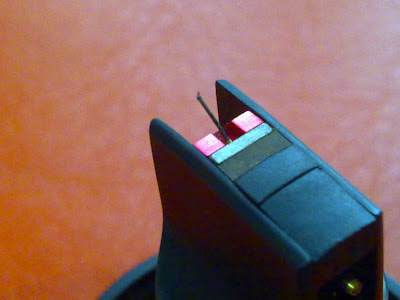 I had been using P3 for one year over, does not mean that it is no good, but in view of the hi frequency transparency, I do think that there is a room for improvement, hardly could persuade friend of mind to borrow one of his two Jubilee for my audition.

I spent just 15 minutes to replace the Phase Tech P3 to Jubilee, it is easy to install, and it is almost the same weight as my P3. it is solid built, and the Nude Shibata stylus definite makes a lot of difference getting more scores.
After a while… It was done with all the set up.

I put on some of my favourite LPs and listened,… to my surprise, the sound has a lot more details, the overall tonal performance is classified as Hi grade, the bass is tight and the overall music production is no Hi Fi, but warm like Rosewood Signature II, bright but not too much as VC2 Gold Finger Diamond…It is quiet… very quiet.
I love it… I have to listen for more LPs before I can conclude how hi the scores are…
I think it is a great Cartridge… one of the top ten likely I the world of best cartridge. And the price is not that stunning High! Will have more comment after more rounds of repeated listening.
HK Snob
Posted by HK Snob at 3:32 AM No comments:

10 Most Popular Posts in Past 7 days